A message for fans.

I wanted to use this opportunity to share a little information about what happened regarding my music in April 2013. As you may know, some of my unfinished demos were put up for sale illegally via Bandcamp. The leak consisted of a fairly random collection of tracks I had made over quite a long period of time (from roughly 2007 to 2013), in various stages of completion. Some are short skits and beats from my MySpace page back in the day before I signed a record deal. A large proportion of this music was to be completed and released officially in some format. Regarding how this music got leaked, the short answer is that I don’t really know. I believe these particular versions of tracks may have come from a burned CD that got misplaced – a fair amount of people would have had access to my music in various forms between 2010 and 2013. The first I knew about the leak was when I woke up to a phone call from my management at around 3 am on the night it happened. I contacted the City of London Police immediately. No-one in my team knew how best to deal with something like this and there was some confusion as to how we should react. I remember thinking if we could act fast we might be able to contain it somewhat and keep damage to a minimum. However, because it was 3 am on Saturday morning it was tough to get hold of anybody. Whoever was behind it likely planned it this way.

I understand that it might have seemed like a positive thing to a lot of people – the music they had been waiting to hear was finally out there – but for me, it was very difficult to deal with. As things unfolded I went through a number of phases, but the immediate, overriding feeling was one of complete shock. I felt numb, I couldn’t take it all in at first. I felt pretty alone with everything, like no-one else seemed to view the situation in the same way I did: as a catastrophe. There was a lot going through my mind, but the hardest thing to grasp was that I’d been denied the opportunity to finish my work and share it in its best possible form. I believe it’s important for artists as creators to have some control over the way in which their work is presented, at a time that they consider it complete and ready.

I was also frustrated by how all this was being framed online, leading to the widespread belief that I had decided to leak my own music, despite my record label and I saying otherwise. It didn’t fit at all with anything I had done previously in style or attitude, and especially not in presentation. To make matters worse I was advised at the time to keep quiet and leave things ambiguous, but this didn’t really fit with my vibe and there was disagreement among us. I soon felt unable to engage with it at all.

I suppose the music was special to me in a way, stuff that I began writing as a teenager in my room just for fun, eventually signing my record deal with it at 21, and hoping that I could put it towards a debut album with XL. I guess having that dream torn up in front of me hit me pretty hard. Of course, I’m not the only person who was affected, it was disappointing to all who worked on the music and to the wider team working on my project at my management, label and publisher etc.

A police investigation started during the Summer. Email addresses from the Bandcamp page and a linked PayPal account led to two suspects who were eventually arrested, their property raided and computers seized. Nothing was found, but by this time it was almost a year after the leak had taken place. The BPI kindly offered to step in and help towards the investigation so I’d like to thank them for their concern. I’m grateful to the City of London police for their efforts. Whoever was behind the leak collected a significant amount of money from sales, which was quickly frozen by the Police. Thanks to co-operation from PayPal and Bandcamp, everyone who paid money to download the music was refunded.

There were some long term effects for me following the leak. There was a significant loss of trust. For the next 3 years or so this one event was all anybody asked me about. Everyone was convinced that the story they had read online – that I’d leaked the music myself – was true, so I had to repeatedly explain the reality of the situation over and over again. It was frustrating and disorientating to find that I had no ownership over the story (or the music) and that people were choosing to believe a different truth. I guess this all made it feel like I had thousands of people not believing me, not trusting me, and also that in some strange way I was responsible for all of it. On a personal level, things gradually went south and I had a breakdown of sorts. I was in quite a bad place for some time. I was unable to work and withdrew from life in general.

Recently, I’ve been having therapy of various kinds, and this has helped me get to a place where I can begin to think about returning to music. I am thankful for that. It has allowed me to understand some of what happened in 2013 a little better – not through anybody else’s lens, but through my own, and through this, I’ve been able to acknowledge some of the trauma and grief. I’ve grown to appreciate that people have enjoyed that music and lived with it, and I accept that there is no way to put that shit back in the box. There was no way to fix what happened and continue down our original path. Looking back, it’s sad to think about what could have been, but it is what it is and I had to let go.

Founding the Paul Institute has also been an important step for me in terms of putting stuff out there again and getting back to what I love. I wanted to create a positive environment that artists could be supported in and stand together through some of the pressures that can make this industry difficult to navigate. I’m proud of what we’ve achieved so far, and I’m looking forward to seeing our artists develop.

We have decided now to make the April 2013 leaked music readily available so that those who want to hear it can access it via platforms they’re used to. In order to do this we had to remove a bunch of samples that we were unable to clear, so what you hear won’t be exactly what leaked in 2013 – but I know the original stuff is still floating about if you know where to look. Of course, it’s completely surreal to me that this music will now exist officially in this form, unfinished, and even sequenced by the people who leaked it! Much of the tracking and production work was there, but it’s a shame about the scratch vocals and the overall mix. This is also not all of the material from those early sessions so again it’s a shame not to be able to present something completed, in its entirety. It will always be a little painful for me to listen to myself, but I don’t want to deny people a chance to hear it, especially as it’s already knocking about. Hopefully, this message gives it all a bit of context and answers a few questions about it. Finally I just wanted to express how grateful and appreciative I am for the friends, artists, colleagues and strangers that have stuck by me and shown so much love, support and mad patience over the last however many years. I truly appreciate the help and positivity I’ve been given to get back on my feet. I wanted to put two new tracks out to say thank you.

For the double B side, we decided it would make most sense to pick up where I’d left off, so I’ve finished two tracks that I was working on at the time of the leak. I’ve signed and numbered all 500 copies of the white label vinyl. I’ve not had a website or merch for sale before so I’m excited to share all that stuff with you. We’ll see where things go from here.

Anyway, if you got this far thank you for reading, and I hope you enjoy the tunes. As always, you can find me down the pub (shout out to all the safe people who’ve come up to me to say hello over the years) so I’ll see you down there for a pint later. Peace, Jai P.S. 10% of profits on merchandise will go to SANE (www.sane.org.uk) 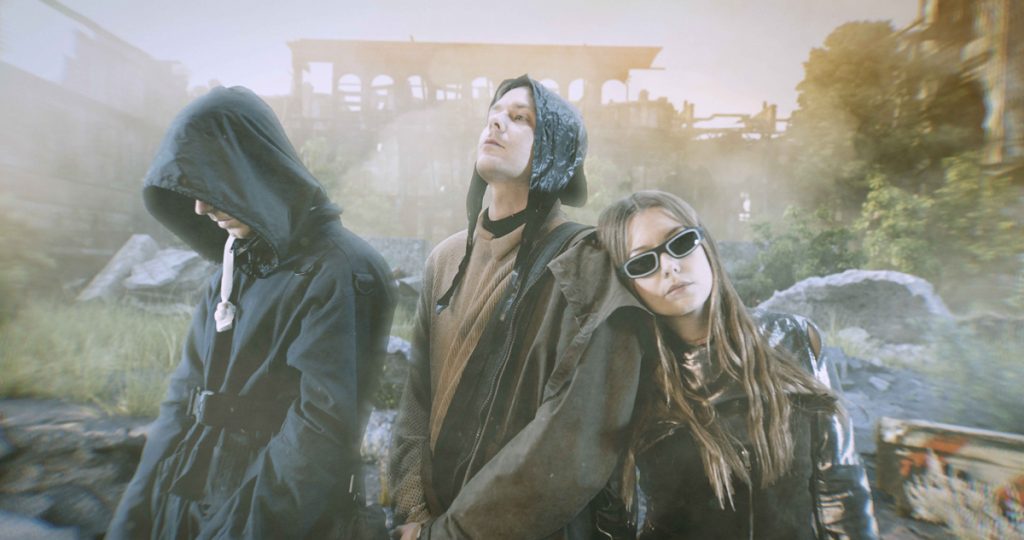 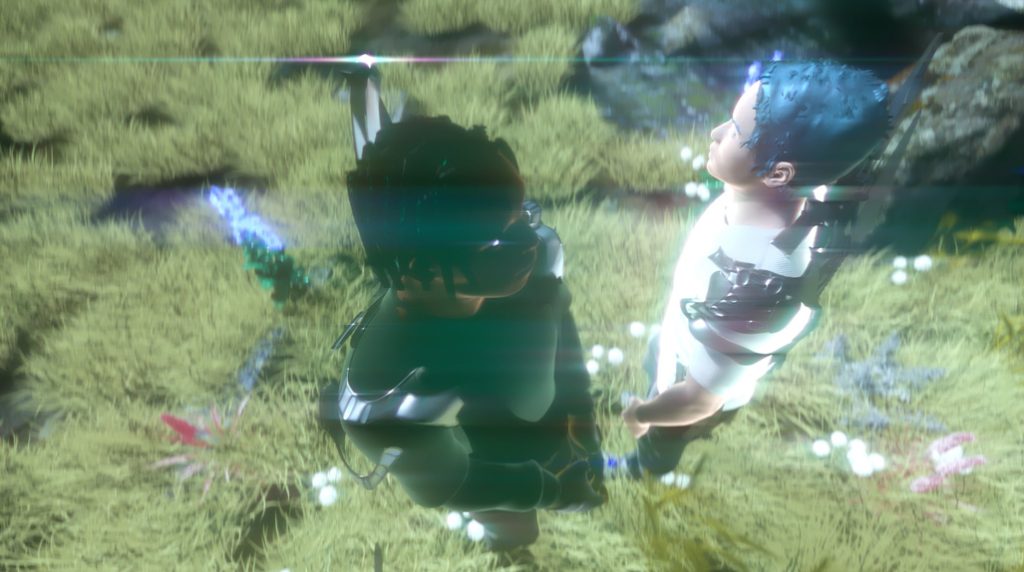 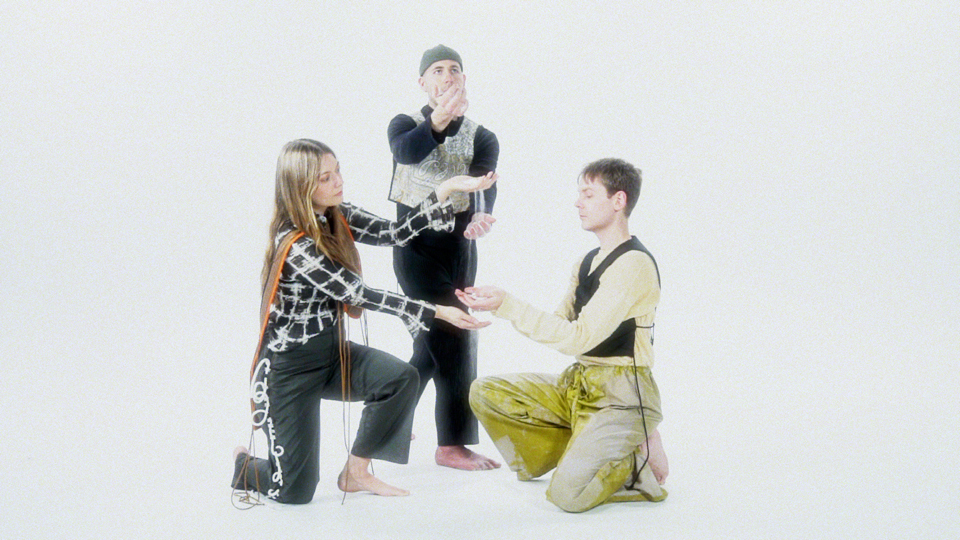